Chris Botti comes back to the Wiltern in Los Angeles on Saturday, February 1, 2020 and ahead of his upcoming show, he spoke to KLCS about his passion for playing music, Frank Sinatra, Paul Simon, Sting, and his favorite restaurants to visit when he’s in town.

As a child how did you come to play the trumpet as your instrument of choice?

I think it’s the power of television in any generation it’s so powerful. I turned on the television when I was a kid – there were three famous people in the world, Johnny Carson, Ed McMahon and Doc Severinsen. Doc Severinsen was the band leader on the “Tonight Show” and that’s when I turned it on, I was 7, and I thought, “Wow, that’s cool, I wanted to play the trumpet.”

So I started playing and I had already been playing for three or four or five years and when I was 12 my band director have me a Miles Davis album; I put it on and the intersection, not only my love for  and the dedication on the trumpet, but also how the music hit me emotionally, was the thing that solidified me and I remember telling my mom, “I’m going to be a professional musician. I may not be successful, but I’m going to give it everything I’ve got and those doors aren’t that closed on me.” 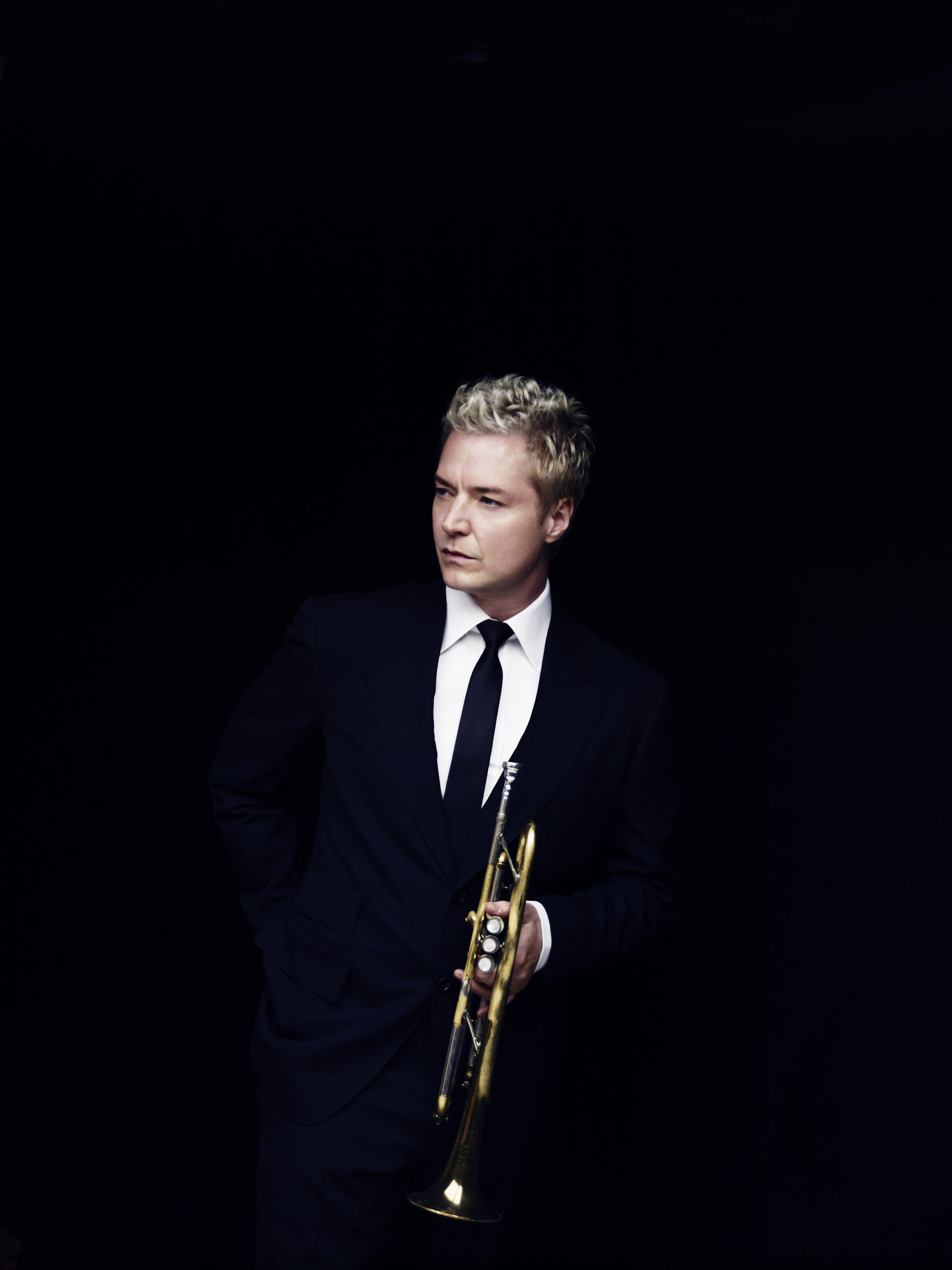 A lot of kids play trumpet, or other instruments in school bands, what made you know you wanted to do this in life?  Was there a catalyst?

When I first heard Miles Davis, it took it from something that I enjoy to something emotional. I think that when the music, that beautiful sound Miles had and the way that he approached the instrument, hits you in an emotional state, then it opens you up to the possibility of you wanting to do this the rest of your life. I didn’t think about all the things you have to do to be a professional musician, or be an artist. I just knew that I was going to dedicate myself so strongly to music, that nothing else would get in the way.

You also must’ve had talent and you knew that as a kid?

I think that talent is 98 percent dedication and drive, it still is with me now. That whole notion of you have a God-given talent and you just are talented, I think it’s applicable on other things, like if you sing, you’re either born with this beautiful texture to your voice or not. But something like the trumpet, or violin, or being a ballet dancer, or something like that, those are things that just take hours and hours and hours, days, years, before you even know if you are even fit to walk. It’s very much like raising a young person, liking yourself and to find out what your mechanics are. Whereas with other things like with singing, you can be super talented, at eight or nine or 10. Michael Jackson was fantastic when he was 7. Those are little bit more God-given I think. These other instruments are more sweat (laughs).

You spent some time in Italy as a child, what was that like living in Italy during your formative years?

I was really young. Looking back on it, it was a very, very cool experience, it’s worldly I suppose. It’s a very unusual thing to live in Northern Italy for a couple years. It was great. I was really young, kindergarten and first grade.

During college you got to leave to play with Frank Sinatra, what’s that like to be on stage with him?

Now looking back on it, towards the end of his life, I sort of became friendly with Don Rickles, the great comedian and I remember going to see Don a few times in concert and those guys from that era, they had a really old school way of interacting with an audience. And the way they interacted with the audience is so powerful, they would not only talk to the large aggregate of the audience, but also to individuals. And that’s a lost art form nowadays, people have computers and it’s very scripted. So Sinatra would walk out with all that old school swagger and he would charm the audience in a very, very bygone era sort of way. And now it all resonates and I see that come full circle and it’s really cool. I’m glad I had that as a credential, but I certainly remember the way that Sinatra dealt with the audience. It was great.

Now, in knowing Don and seeing that towards the end of his life, which was fairly recent and thinking back on those two people, they spent a lot of time together watching clips – Rickles and the roast with Sinatra – that old humor on stage and interactions with musicians and acknowledging people around them. They all had that. One was in comedy and the other in music, but it’s that old school way of handling a room, handling a performance and that is a thread between them and I’m glad I got to be friends with Don at the end of his life and play with Sinatra when I was 22.

How did you become friends with Don Rickles?
His son-in-law is a trumpet player, so he knew about me and were both booked on the “Tonight Show” on the same night, so we struck up a little friendship, this was something like 12 years ago. We’d go out to dinner occasionally, but what a legend, what a great, great man.

Another legend you got to work with (and be on tour with) was Paul Simon during the “Rhythm of the Saints” tour. How was it to be a part of that?

That was my first break, it really solidified me as the young guy coming up in the scene. Musicians all knew the personnel of that tour, it was all these great musicians in that band. What Paul did for me was open my eyes to the world of touring. It’s fine for a young musician to go, “I really want to go out on the road.” But when you really have to go on the road, do you like it or not? A lot of a people want to get off the road and have a dog or a cat, I have been on the road for most of my life and I love it. That was a two year tour, so I learned a lot that from that.

You also got to play with Sting on his tour, which must’ve been fun. Did this influence you in any way musically or otherwise?

Sting became family for me, all of my real-popular success leads back to him. He promised me that he’d break the sound of my trumpet to the world. He did that. And then all of the doors since then have cascaded. He’s been on all my PBS specials and all my albums. We’ve become such, such close family friends. That has been something I’m incredibly proud of, to associate with someone that’s so iconic and such a great guy.

Did you learn a lot from him?

Oh yeah, I speak to him more than anyone on the planet (laughs). We’ve remained incredibly good friends and vacation and hang out all the time. I learned everything.  I learned how to structure an organization, how to structure a band, how to arc a show, how to deal with sidemen. He’s got a lot of Sinatra in him, he’s got that regalness and his voice is so great. I learn massive amounts from him and to this day ricochet ideas off him all the time. He’s been a very integral part to my life and we did a tour together a few years ago which was really, really fun. We do stuff all the time and I see him all the time, he’s great.

Since he broke you to the world, like you said, do you feel a responsibility to pay it forward?

I try to promote younger people in my band, we have a young singer who’s 24 and she’s been working with us for a couple years and we have a young pianist whose 25, I’m always trying to acknowledge the growth of young people, absolutely.

I used to write a lot more than I do and maybe 10 years ago, I really made my trumpet playing the focus. And that takes hours and hours and hours a day. There’s always going to be Gershwin who writes a great song (laughs). Am I ever going to be able to outdo that? No, probably not. So I stick to playing and interpreting. And that becomes my signature. 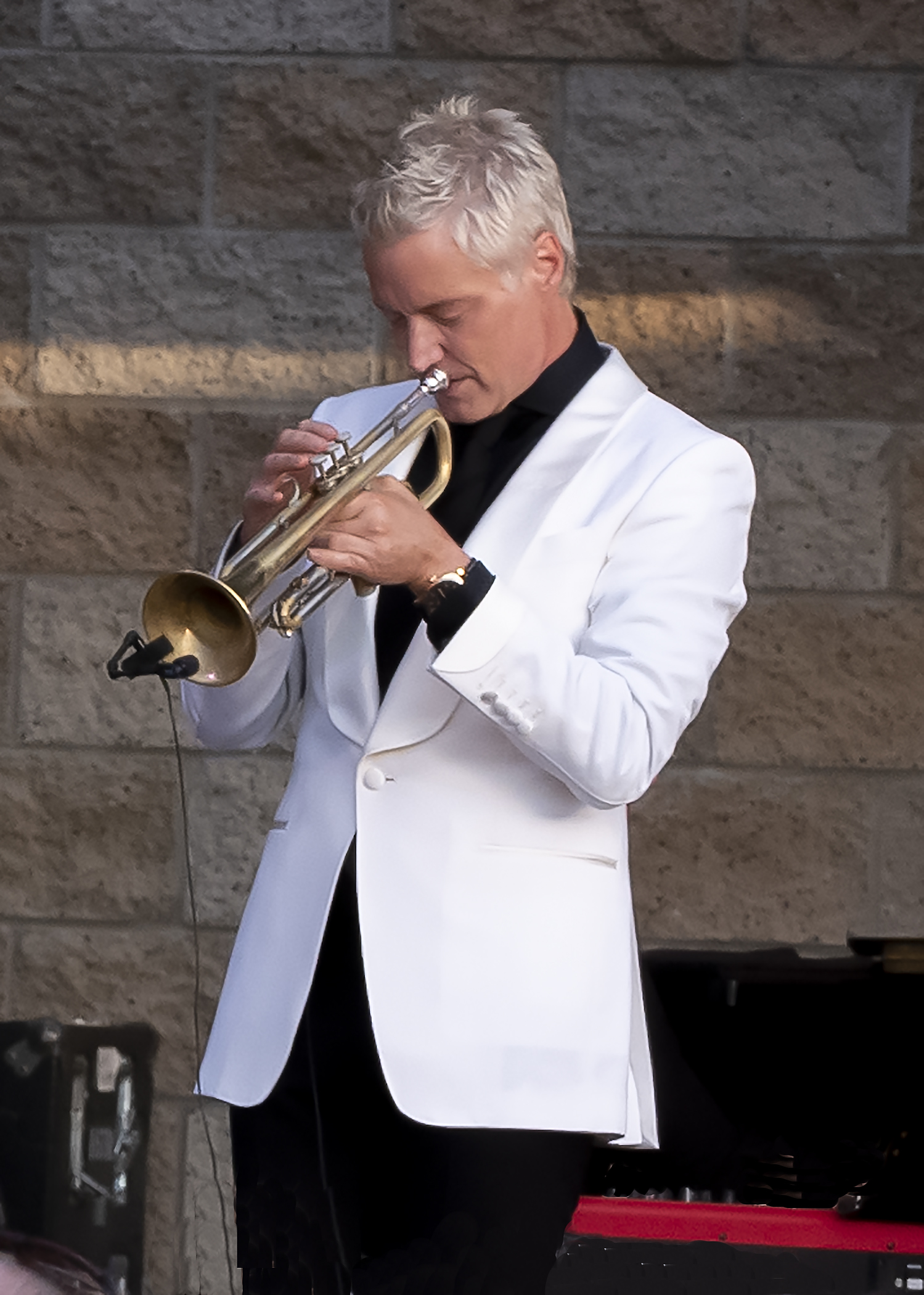 What keeps it fun for you, what keeps you inspired?

What keeps it fun is the absolute appreciation I have for the luck that I’ve been able to go out on stage, whether it’s here in the States or abroad, and have an audience. If I would have written down in my wildest dreams scenario when I was a kid, I could never have imagined this being as great as it’s been. And I don’t want to take that for granted. A lot of artists, sadly, they do take it for granted and they get successful and they go, “I need to take a break” and they lose their audience and they disappear, and it’s self-inflicted. I don’t want to do that and I look at my friend Sting, and see here’s a guy that has all the trappings in life and he is a tireless worker, works his brain out and tours, promotes and does stuff. I want to be like that as well, so I really make it priority number one for me.

Back in the day smooth jazz was such a big genre and offered people upbeat contemporary instrumental music, and it had such a following, is there any chance it might be revived again?

I don’t know the answer to that. Literally, pop culture and the internet, social media, streaming is rewriting history as we speak. I do know one thing – that live music is still paramount and I’m very, very happy for that. So that’s a good thing for someone like me that relies on word of mouth, and relies on going in and playing shows and having them grow every time we go back to that part of the country. So, that I know for certain, because smooth jazz was a radio format. I’m out of the loop so to speak (laughs).

Oh my God, there’s a lot of great restaurants. I find myself at Nobu and Madeo quit often. But Madeo is just like an incredibly guilty pleasure. It is just so delicious, oh my God. Three nights in a row there and “Ok, this is no more, because I won’t fit in my clothes!” (laughs)

KLCS has a ticket giveaway for your Wiltern Theatre show on February 1st, is there anything you want our viewers to know?